"The Marionette" is a very creepy AGS adventure with great graphics, an excellent soundtrack and an interesting storyline. Surely one of the most remarkable AGS games that came out this year.

"Martin is a bachelor and sculptor struggling to make a living in the city. He specializes in modelling human figures, and often hires people to pose for him in his studio. To him, they are just models, and his interest in them is solely for the purpose of his art.

One evening, he receives an envelope in the mail. The envelope is unmarked except for the numbers 1011 scribbled in a corner. Inside is a strange photo.

Soon after, Martin finds himself in a different world, where time and space mean nothing, and ghosts from the past will not die..." (taken from the official homepage)

Status: I think it can be hosted (regarding the text in the title screen), but I think we should better ask for permission anyway... 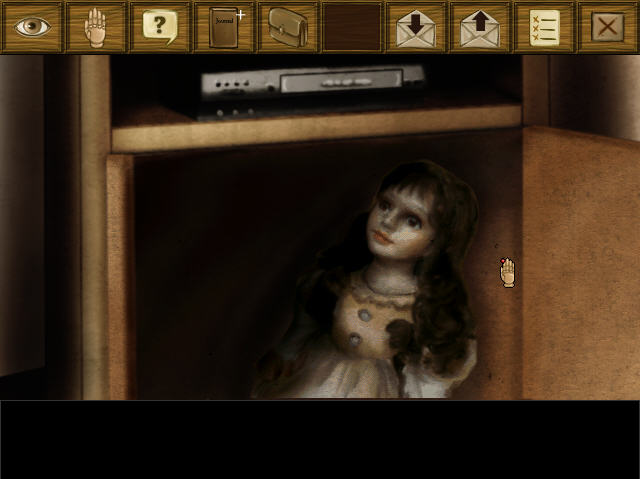 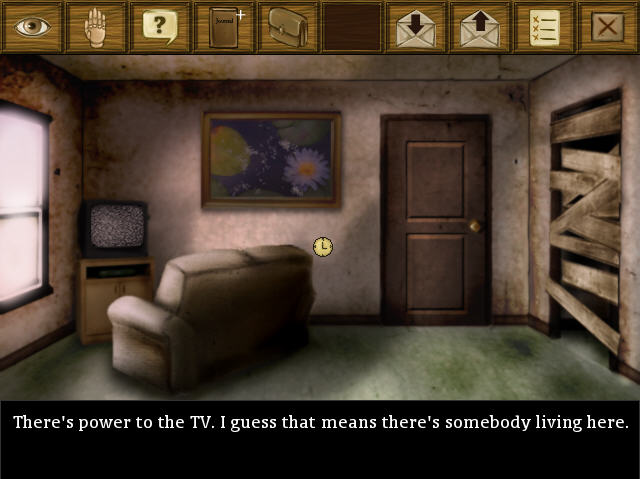 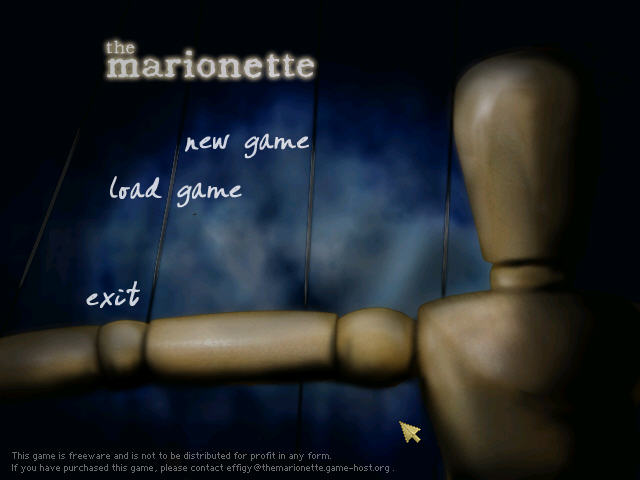 I wonder if it's possible to get a good ending. So far I had two different endings and both were not very pleasant for my character. But maybe I missed something on my way...

I begun to play it and so far I am positive. It's a perfect autumn game, since game events take place in November. First chapter reminded me of Darkseed, because of sepia tones, and I was almost sure that whole game will look like this, but the museum chapter reminded me of "Uncertainty Machine". It's clear that the author of the game is an artist in real life and quite probably an amateur writer. As for the overall quality I am still sceptical, but puzzles are getting harder with each chapter, so it's good sign.

3 years later, huh. Looks like something I might have to spend 5 minutes with.
Long Live the Queen!
Top

I played through the game twice, the second time to benefit from knowing what the heck was going on.

The strong points are that it's very atmospheric and that it has a story to tell. Much of its appeal is from the graphic design, it's quite lovely, in a vaguely disturbing way. Also, the music is well made and adds to the atmosphere. The puzzles are not very hard, but for the most part at least they make sense. Overall, I think the experience is above average, while the game itself is just decent.

Let me bring up some major complaints:

1) The game is disjointed. I can see that this is a choice from the storytelling, but getting pushed into random, fenced off locations is very confusing (to put it mildly) the first time around, and quite limiting for the gameplay. Even when you know what's going on, a location such as the exhibition still serves no purpose, neither for the story nor the gameplay. Overall, the game and the story could have been helped along with some better planning and editing of locations and exposition.

2) Endings. I applaud that the game has different endings and that as much, if not more, work has been put into the "bad" endings. However, the method of obtaining a "good" ending is not very well done: Pick up stuff that hasn't been nailed down and complete some association puzzles that mainly require you to pay attention and examine stuff thoroughly. Miss a piece or mess up the association game and you'll get one of the "bad" endings. Ideally, your ending should be determined by actions throughout the game, what's in the game feels like a letdown, to be honest, and being able to mess it up completely by not picking up certain objects is what I consider poor design.

1) Moving. It took me a surprisingly long time to figure out that you're looking at half a room and clicking the "foot" some of the time turns you around to look at the other half. I was really wondering what the heck was going on as I was moving through that first house and suddenly finding myself in an unexpected place.

2) Giuseppe is weak and underutilized. The game would have been better without him. He only serves to give some vague exposition.

3) The last potentially deadly puzzle (the "chess" one) is weak and makes no sense. I understand the rules of it, but not what it's doing there (see: major complaints - disjointed).

4) The game would have benefited so much from voice acting. I understand how much work that would have been and how badly it could have turned out, which is why I term it minor, but a tragic story like this really calls for some soulful VA.
Long Live the Queen!
Top

I'm stuck, but something tells me I should try harder. I kinda like this game.
"As you have noticed over the years, we are not angry people." (itebygur)
Top

After trying harder, I have advanced further. And Im not convinced. Basically, this is escape room game, but with sophisticated plot and hand drawn pictures. But the puzzles have nothing to do with the story and are there merely to justify that this is a game made with game creation tool, not the "interactive movie".

Marionette is very atmospheric though, music being the highlight.
"As you have noticed over the years, we are not angry people." (itebygur)
Top
Post Reply
7 posts • Page 1 of 1