IS there any chance this version can be reuploaded anywhere? Dropbox has removed the file.
Top

This game (and all the other games we used to host) can be now be found from the Internet Archive's Classic PC Games section. Here you go!.
Do you has what it takes to join the Homestarmy? The guts? The determination? The five bucks? Join today!
Top

IS there any chance this version can be reuploaded anywhere? Dropbox has removed the file. 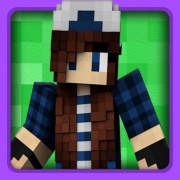 I remember playing lemmings on my first computer, only thing that has changed are the graphics are a bit better

Play spider soiltaire online here: https://www.spidersolitaireonline.net. Have a game and let me know what you think.
Top

Thanks for the update. When I run it, it either shows a black screen or the DMA logo but then pops of an "Invalid Stream Handle" error and won't run. What are the prerequisites, if any? (Windows version/special libraries like .net/visual studio runtime libraries and so forth)? I've tried running it in Windows XP as well as in Wine and it's the same error.

Should I try without any folders?
Top

Hmmm there are two intro videos at the first start of the game I wonder if they are causing the problem.

Go in the graphics folder and see if you can view/play the videos.
Top

Well both videos played with Windows media player with no but they may not have sound actually in the video file to begin with.

I tried moving all the files in the Graphics folder out into the folder with the lemmins exe and it didn't show the error but it did crash so that wasn't a solution.

When I searched with Google for "Blitz Basic Invalid Stream Handle" I got this thread: http://wasted.nz/posts.php?topic=78117

Which is why I thought to try without folders.

Thanks for the help though.

Edit: Well I tried the game on other computers. One(with windows 8 or higher) wanted to install directplay but stalled out searching for the component with the wizard. Another was running windows 7 It would play the intro vid(s) then go to the DMA logo with the reddish background, but it still put the same "invalid stream handle" ***after the videos played.***

Is there sometype of Blitzbasic runtime library it's wanting?
Top

No the files definitely need to be in the graphics folder. I'm using windows 7 with no problems. I find blitzbasic games run very slow on windows 10 not sure about windows 8.

I think directx is needed but that should come with windows.

If you still have the sourcecode, you could try recompiling it using the latest Blitz3D version. Might help.. .. but as with all things, might not!

Latest B3D. Which is free and OpenSource, now, btw.
Top

It was written using blitzplus.
Top

The invalid stream handle is because it’s failing to load a graphic. Also I didn’t use blitz medial linker.
Top

The last update(the one from November that was 300+ megs and about 3 times larger than the previous version) finally works! Well it got me to the main menu and I could play levels so I consider it working since I could never get to the menu before. I haven't spent hours playing it but I can't see why it wouldn't work.

I even got it working in WINEskin(a self encapsulated version of wINE on macs) once I installed DirectPlay and DirectX winetricks.