This is an arcade style game, where you need fast reflexes! 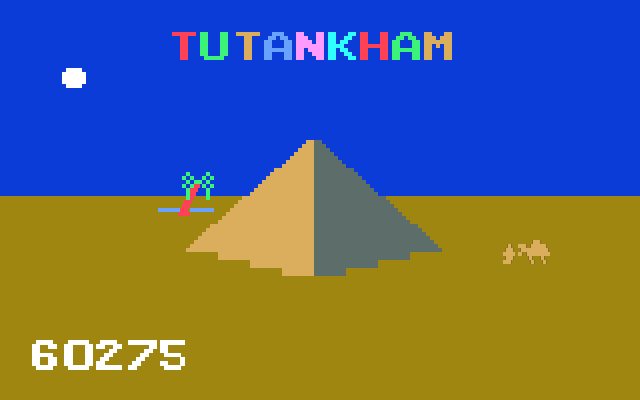 There are 200 rooms to explore, devided over two piramids! Development
Tutankham is an excellent game that was made for arcade machines, and also made for the videopac/odessey2 many years ago!
However this odessey2 version was never released to the public.
It was years later that someone found the prototype of this fully playable game.
This prototype has 100 rooms and 1 piramid. It plays great, and certainly an achievement on a limited game system like the odessey2!

I deciced to remake the whole game with all the original 100 rooms intact. I also added another piramid with totally new rooms and also added a lot of new game elements, like more keys, traps, etc. Also, added more difficult gameplay by changing the A.I of the monsters: Now there are very smart.

I used all the orginal graphics and sound effects, and I also made new graphics for the new keys and traps, and tried to stay true to the original game and gameplay. 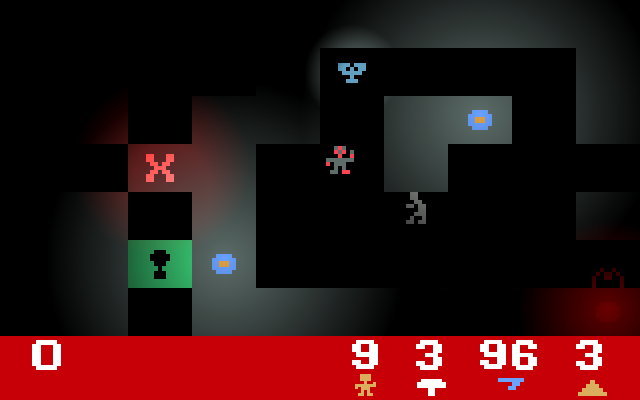 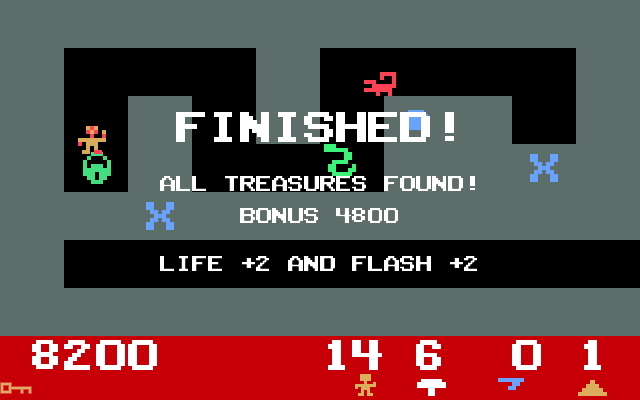 JRLS wrote:Tutankham is an excellent game that was made for the videopac/odessey2 many years ago!
However the game was never released to the public. It was years later that someone found the prototype of this fully playable game.

Maybe I misunderstod you, but Tutankham was originally released, as an arcade machine and ported to several systems. Only Odyssey and Atari versions have not been released.

I admit, the sentence i put down is confusing, like it was first and only released on odessey2, which is not the case..
I've edited the first post

Anyway, it was originally released for arcade and for some home systems.
There was no version for odessey2 released officially.
However, there was a fully working (unreleased) oddessy2 version, which was found later
(http://atariage.com/forums/topic/201280 ... e-release/)
i based this game on that ROM

Also, there is an offical Atari2600 version of Tutankham

As you may have noticed we no longer have the download site, so I'm gonna promote your game on Lemon forums which I frequent, there was a topic about quality freeware games, now I just have to find it.

"As you have noticed over the years, we are not angry people." (itebygur)
Top
Post Reply
4 posts • Page 1 of 1